Prior to my visit to Dubai, I had heard stories about having sex in Dubai… very scary stories that saps your libido right out of you in a split second. Brings to mind Sade’s song; sweetest taboo.

Well…When I finally visited, I was paranoid about having even marital sex. I probably thought  there  were cameras in the hotel rooms looking out for  people having illegitimate  sex(that’s in my head though.. feel free).

Reality is Sex is a dangerous game for unmarried people living in Dubai.

If you’re on vacation, living in western hotel, married or unmarried; you’re safe but your freedom to engage in sexual stuff ends at the hotel exit. PDA (Public display of affection), doing it on the beach, bathrooms or anywhere else for that matter is tantamount to jail time!

A man and a woman who are not married cannot live under the same room unless they provide a marriage certificate for proof.

Be prepared to go to jail if you’re thinking of having adventurous sex… that is sex in a public places, on the beach, in the car, well if people can see you, don’t do it.

NO PREGNANCY TESTING IN DUBAI

If you suspect you’re pregnant and you’re unmarried, don’t think about testing (don’t let it even cross your mind).You might be arrested at the hospital if the doctor tells on you. And then you’ll be subjected to tests to ascertain when last you had sex. If you’re not lucky and test show you did it in their country, you will be news globally, a war object for human rights agencies and who knows, you might serve some jail time.

REPORTING SEXUAL ASSAULTS TO THE POLICE

If women especially report cases of sexual assault, both the man and the woman will be thoroughly investigated and both of you might end up serving some jail time!

This is not to say sex is prohibited in Dubai. NO!
It is very much legal if you are doing it indoors … Dubai is no place to get adventurous with sex (wait till you go back home) but of course there are lots of ways to go around the law, but is it worth the risk?
Ask Marte Deborah Dalelv, Roxanne Hiller and a couple others…. 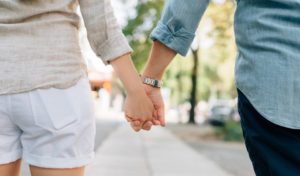 I highly recommend that you take your wife with you if you are planning on visiting Dubai, do it till you drop or don’t say I didn’t warn you!””””